Digi-Star scales have been exclusively designed for the rugged animal weighing environment. Our experienced design team has carefully selected the most durable components and blended them into a superior design using the latest technology. Advanced signal filtering coupled with Digi-Star’s unique Lock-On feature provides stable readings despite restless animal movement. The 14-segment backlit display provides excellent visibility in all environments.

All Digi-Star load cells are perfect for rugged environments and Digi-Star load cells are easy and simple to install.
“Having a scale under my hydraulic chute, knowing exact weights, rather than guessing, has really defined my medicine dosing. By correctly administering some of my meds priced at $5-6 per ml has saved me $10-15 each treatment.
Craig Kurtenbauch, IA 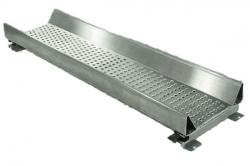 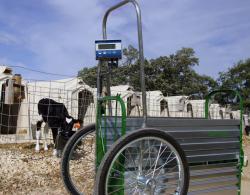 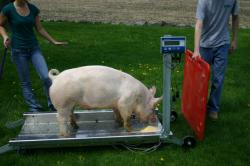 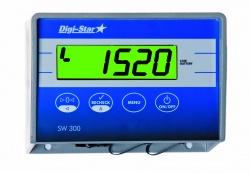 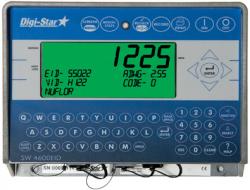 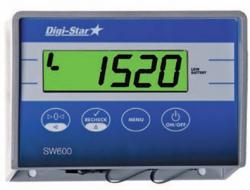 Three Benefits of Accurate Animal Weights
» Three Benefits of Accurate Animal Weights
4th Annual Digi-Star Champion Contest Starts May 1!
Win a Stockweigh scale
Fort Atkinson, WI. – May 1, 2016 – Digi-Star announces the 2016 Digi-Star Champion Contest runs May 1 – May 31. Youth livestock exhibitors enter by posting a picture of their 2016 livestock project to Digi-Star's Facebook page.  The participant’s photo receiving the most votes will win his or her choice of an Alleyway or Wrangler Jr. Livestock scale and a StockWeigh 300 indicator.

Tyler Gibson of VA had the winning photo in 2015, He chose a Wrangler Alleyway Livestock scale with a StockWeigh 300 indicator as his prize.

“Digi-Star values the opportunity to support the future of agriculture. The Digi-Star Champion contest is just one of the ways we can share our passion with the next generation,” said Nicole Dempsey, Digi-Star Animal Products manager.

Recognizing that access to a scale often limits this key measurement process, Digi-Star developed the Digi-Star Champion Contest in 2013.  The exhibitor whose picture receives the most Facebook votes by midnight, May 31, 2016, will be the winner.  After the contest ends, anyone that entered will receive a special discount code for Digi-Star's online store. The contest is open to all youth under 21 years of age in Canada and the Continental U.S. exhibiting livestock during the 2016 show season.

Digi-Star LLC (digi-star.com), a Topcon Positioning Group company, is headquartered in Fort Atkinson, Wis., with additional facilities and businesses in the Netherlands and United Kingdom. Digi-Star LLC is a global supplier of electronic sensing equipment, precision sensors, displays and software used by farmers and other equipment operators to precisely measure and analyze valuable data from critical farming processes.

Are you feeding heifers precisely?

View more information
Digi-Star will be hosting its 2nd annual  BE a DIGI-STAR CHAMPION Facebook contest.
Enter to win a livestock scale.
» Be a Digi-Star Champion Contest
Key to precision feeding is weighing heifers regularly to ensure they’re meeting growth targets, Heinrichs says. "An inappropriate level of diet restriction can lead to rapid...